If you’d like to find out more details and register to go along, please email Darren at Darren.Bailey@os.uk

Training events are free to attend.

Primary schools across Great Britain can sign up for 30 days free access to University of Edinburgh’s awarding winning Digimap for Schools service.  Access to the service enables primary schools to enter a fantastic competition to win a visit to their school from Steve Backshall.  The competition requires schools to #GetOutside and take photographs of wildlife around their school.  Using the annotation tools in Digimap for Schools, pupils will upload their favourite photos and add a question they’d like to ask Steve about the wildlife.  The winning school will enjoy a visit from Steve who will tell them all about the wildlife they’ve seen.

It’s that simple! The competition is open now and runs until 10th June. Sign up at https://digimapwildlife.ed.ac.uk today!

The secondary school which became the one thousandth subscriber was Chilton Trinity School from Bridgwater in Somerset. Miss Sophie Carruthers, a Geography teacher at Chilton Trinity School added: “I subscribed as I am setting up the Duke of Edinburgh at Chilton Trinity and having used Digimap for Schools last year, at a previous school, I know how useful it is for mapping routes. In addition to this I teach Geography and we had limited resources for including GIS in our curriculum – Digimap for Schools will be a great addition to the classroom.”

The whole Digimap for Schools team are incredibly proud of this achievement, in addition to the over 1450 primary schools subscribed across Great Britain who are all accessing Ordnance Survey modern and historic maps every day.

Read more about this story on the EDINA website and the Ordnance Survey press release.

A few of the mapping products in Digimap for Schools were updated this morning to the most recent versions available from Ordnance Survey.  The updated products and their release dates are:

Darren Bailey from the Ordnance Survey Education Team will continue his travels running twilight training sessions on using Digimap for Schools.  Up coming dates in February are:

Contact Darren for more details on location and time – Darren.Bailey@os.uk

It is hard to believe, but Digimap for Schools is 5 years old today!

It is 5 years since the service was officially launched and we haven’t stopped growing in that time.

Back in 2010, Digimap for Schools looked a lot different! Despite it’s more limited functionality of only being able to view and print maps, it was quick to make it’s mark and was an instant success. This was recognised in early 2011 by the Geographical Association by being awarded Gold in the Publisher’s Awards at the GA conference.

How Digimap for Schools looked when it was launched

The interface and functionality has constantly developed over the years in response to feedback from the users we meet at conferences, training sessions and email contact. User feedback is invaluable in guiding the development of the service.

We’ve added many notable enhancements since 2010 including: historical maps, annotation tools to add your own data, measurement tools, saving maps and a superb range of free resources written by curriculum experts.

The Digimap for Schools Community keeps on growing with over 2400 schools across Great Britain using the service. Millions of screen maps are generated every month, in June 2015 nearly 4,070,000 screen maps were generated making it the busiest month ever for Digimap for Schools. Just last month in October 2015, Macmillan Academy in Middlesbrough became a record breaking school generating over 116,000 screen maps, uploading 1199 images and saving 374 maps in one month – they were busy!

The Digimap for Schools team will enjoy celebrating this special anniversary, sorry we can’t send a piece of birthday cake to all of our wonderful subscribing schools!

If you’ve enjoyed looking at the beautiful new 1950s maps within Digimap for Schools, you really should watch our interview with Chris Fleet, Senior Map Curator at National Library of Scotland, talking about both sets of historical mapping NLS have donated to Digimap for Schools.  Chris is full of interesting facts about the mapping products, how they were scanned and points we must remember when looking at scanned paper maps.

These short videos are a superb resource for you to watch with your pupils.  Both interviews are available on the Digimap for Schools YouTube Channel. 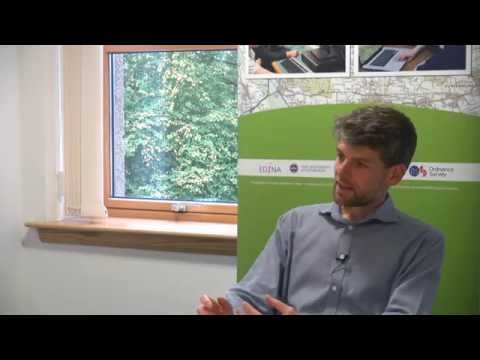 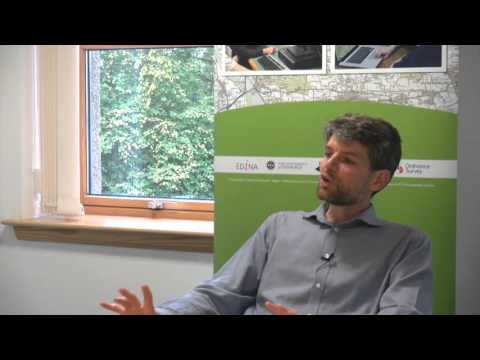 We hope you enjoy watching the videos and learning more about these wonderful historic maps.

The 1950s mapping fill in the mid point time period between the 1890s and current OS mapping.  The 1950s mapping are perfect for comparing changes over time and exploring the landscape, urban areas, road network and other features of post-war Britain.

We’ve made a small tweak to the interface to enable the selection of any two time periods, using the buttons and the slider (shown below) you can choose whether to view 1890s, 1950s or mapping from today, and any combination of two maps.

When a decade button is blue, click it to toggle it off and switch on the other map.  You can watch a demo video on the Digimap for Schools YouTube Channel

The 1950s mapping is lovely to look at and a wonderful addition to the mapping available in Digimap for Schools.  The maps have been provided by the National Library of Scotland.

The other great feature we’ve added, is the ability to add a text box to your map.  Until now, users have only been able to add short text labels which is a bit restrictive when you want to write a longer piece of information to annotate the map.

The Text Box tool can be found in the Annotations Toolbar in a sub-menu of the Label tool.

Click to activate the tool and click on your map to add the Text Box.  Then simply click in the box to start typing.  Resize the box to display as much text as you like!

Darren Bailey from the Education Team at Ordnance Survey will be out and about through October running CPD sessions which include training in Digimap for Schools.  Dates and locations are:

We’ve put together a two page quick start guide with our top ten tips to get going with Digimap for Schools.  The guide is a PDF file available from the link below.  You can print it, download or view on screen.  Please share with your colleagues and pupils, anyone that is unsure about how to get started using Digimap for Schools.

If you are then looking for ideas, remember we have fantastic resources available here – http://digimapforschools.edina.ac.uk/resources

The Geographical Association have also created a fantastic page with examples of use from teachers across different stages – http://geography.org.uk/resources/ordnancesurveymappingresource/workingwithdigimap/